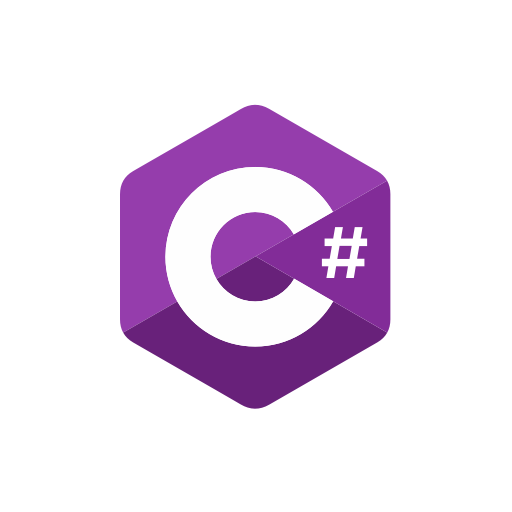 C# (pronounced "C sharp") is a modern, object-oriented programming language developed by Microsoft. It is part of the .NET framework and is used to build a wide range of applications, including web, mobile, desktop, gaming, and IoT (Internet of Things) applications.

C# is a statically-typed language, which means that the type of a variable must be known at compile-time. It is a strongly-typed language, which means that variables must be explicitly declared and cannot change type after they have been initialized. C# also supports object-oriented programming concepts such as inheritance, polymorphism, and encapsulation.

C# is a popular language for building Windows-based applications, and it is widely used in a variety of industries, including finance, healthcare, and e-commerce. It is known for its robustness, security, and scalability, and is often used for enterprise-grade applications that require high performance and reliability.

C# is a powerful and versatile language that is well-suited for building a wide range of applications. It has a large and active developer community, and there are many resources available online, including documentation, tutorials, and examples, to help developers learn and use the language.

RunCode, supports C# as a programming language in its workspaces. RunCode - an online coding platform, or integrated development environment (IDE), typically allows users to write, edit, and run code in a variety of programming languages, as well as use various tools and libraries for tasks such as building and deploying applications.

To use C# in a RunCode workspace, you would need to write C# code using the syntax and conventions of the language. C# code is typically written in a text editor and saved in a file with a .cs extension. Once you have written your code, you can use the .NET runtime provided by RunCode to compile and execute your code.

If you're new to C#, you may find it helpful to familiarize yourself with the language's syntax and features before starting to code. There are many resources available online, including documentation, tutorials, and examples, that can help you get started with C#. It may also be helpful to refer to the documentation and help resources provided by RunCode for specific instructions on using C# in their platform.