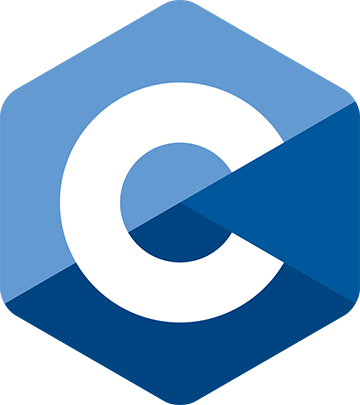 C is a general-purpose, procedural programming language that was developed in the 1970s. It is a low-level language, meaning that it is closer to machine code and provides more control over the hardware than higher-level languages such as Java or Python. C is often used for systems programming, including operating systems, device drivers, and embedded systems.

C is known for its efficiency and simplicity. It is a compiled language, meaning that the source code is converted into machine code by a compiler before it is executed. C is also a statically-typed language, which means that the type of a variable must be known at compile-time.

C is widely used in a variety of applications, including operating systems, compilers, and network drivers. It is also often used as a low-level language for writing other programming languages, such as C++ and Python.

C is a powerful and widely-used language, but it is also complex and can be challenging for beginners to learn. There are many resources available online, including documentation, tutorials, and examples, to help developers learn and use the language.

RunCode, supports C as a programming language in its workspaces. RunCode an online coding platform, or integrated development environment (IDE), typically allows users to write, edit, and run code in a variety of programming languages, as well as use various tools and libraries for tasks such as building and deploying applications.

To use C in a RunCode workspace, you would need to write C code using the syntax and conventions of the language. C code is typically written in a text editor and saved in a file with a .c extension. Once you have written your code, you can use a C compiler provided by RunCode to compile your code into an executable program.

If you're new to C, you may find it helpful to familiarize yourself with the language's syntax and features before starting to code. There are many resources available online, including documentation, tutorials, and examples, that can help you get started with C. It may also be helpful to refer to the documentation and help resources provided by RunCode for specific instructions on using C in their platform.